This year Varsity and the Powerlifting University Championships were hosted by Cambridge as a combined meet. Hundreds of aspiring student lifters descended on West-side carrying with them their dreams of that big PR, and University Championships glory. For the Cambridge and Oxford lifters there lay the prize of a Varsity win, and like Arthur drew Excalibur from the stone, so too a chosen few will lift enough weight to gain 375 Wilks points, and the hallowed Full Blue.

Hundreds of lifters from across the country had gathered with them, thousands of supporters. The band stand shook under their sheer mass and the noise from the crowd was deafening. The women and lightweight men lifted first in the morning, their squats having been postponed due to hooliganism in the stands.

Suzanne Goulder was the first Cambridge lifter to step out on the platform, crushing a 95kg squat for her third attempt and staying close on the heels of Oxford’s Claire Sear. Marcus Hatton, endowed with levels of mental toughness we had not seen before, tamed the wild crowd by grinding out his third attempt at 147.5kg after having it taken early by the spotters the first time. Alex Braithwaite, an Olympic weightlifter gone rogue, wowed the judges with his flawless form, ass-to-grass depth and cool demeanour, squatting 167.5kg at 67.8kg bodyweight for a PR. Oxford had taken the lead at this point, but Cambridge still hadn’t played its best hand.

The next flight began with Jamu ‘Jizz’ Zhao making his first attempt look like a third attempt to the entertainment of the Oxford lifters who had settled into a false sense of security. To everyone’s surprise he then did the same with 195kg for his second attempt, squatting it just as slowly. The competition began with controversy for Sidney Jules, who was forced to rerack his first squat attempt as the harsh international judges ruled that he was not standing fully upright. With 30 seconds on the clock he slayed an easy opener at 217.5kg, and then later a second attempt at a colossal 225kg while weighing only 72.9 kg, wiping the grin off Oxford’s faces. The crowd went wild.

In the heavyweights, Rugby Blue mercenary and competitive bodybuilder Dave ‘Big D’ Spelman squatted an easy 205kg, Spelman having been called in as a last minute replacement, this was his first powerlifting meet. Frank ‘The Tank’ Sanders, weighing in at a slim 113.8kg bravely squatted 260kg in his third attempt to the despair of Oxford. James Thompson, severely bloated after having eaten too many brioche post weigh-in, missed his second attempt at 215kg but managed to recover it in his third attempt.

Cambridge stretched their lead in the bench press. Suzanne benched the second heaviest in the 63kg women’s class, pressing 57.5kg. Bodybuilder Dennis ‘little d’ Mubaiwa benched 147.5kg ‘bro-style’ before stretching and flexing for the judges who bizarrely awarded him 10 points each in addition to 3 white lights. CUPLC president and local pie-enthusiast Andrew Hodgson claimed the heaviest bench press in the meet with a mighty 170kg press for his opener. Salman Khan and The Tank also gave notable performances with 147.5 and 160kg benches respectively.

Meanwhile, the middleweights prepared for their deadlifts in the warm-up room, and things got a little heated. Ali Ghareeb bragged to Salman that he would take his 265kg British deadlift record, later only to fail his third attempt at a mere 250kg having been weakened by his bathing escapades early that morning. Salman equalled his own cheat deadlift record pulling 265kg sumo-style. Matt Price swung into another one of his violent rages which we have come to know and love him for, before ripping 255kg off the ground and securing his Full Blue. Newcomer and previously unknown Jakub Wrazen pulled 242.5 kg in the deadlift to earn 376 Wilks thereby clinching his Full Blue.

All eyes were on Varun Broda in the heavy weight class who was opening his deadlifts at 232.5kg, a 17kg PR so that he could attain the half-blue standard of 320 Wilks points. Hearts fell as he missed his first attempt by dropping the bar. After a pep talk from The Tank and Ghareeb, and some of Dennis’ secret pre-workout he almost cleaned the second attempt and then set it down like a gentle lover. Three white lights for Broda. Jack West, a Varsity veteran returning from a rugby injury put up a huge performance and deadlifted 260kg in his final attempt. ‘The Tank’ took the heaviest deadlift of the competition, pulling 320kg which he dedicated to his cat, Mr Susan, whom he likes to dress up in small cat outfits.

Varsity was decided by summating the Wilks points of the top 6 lifters from Cambridge and the top 6 from Oxford, which are shown below. This is the fourth consecutive Varsity win and a record-breaking performance for CUPLC. CUPLC also dominated the results of the men’s English and Welsh University Championships which was calculated as the sum of the top 8 male lifters, allowing only 2 from each weight class. This is the second year running CUPLC have won the men’s University Championships, and by finishing in the top 3 we have most likely qualified for the inaugural International Powerlifting Federation Student World Championships which is to be held in Belarus this summer, dependant on the results of the Scottish Championships.

Congratulations to Salman Khan who finished top lifter at Varsity with 449 Wilks, and who recently finished second in the European Junior Championships. 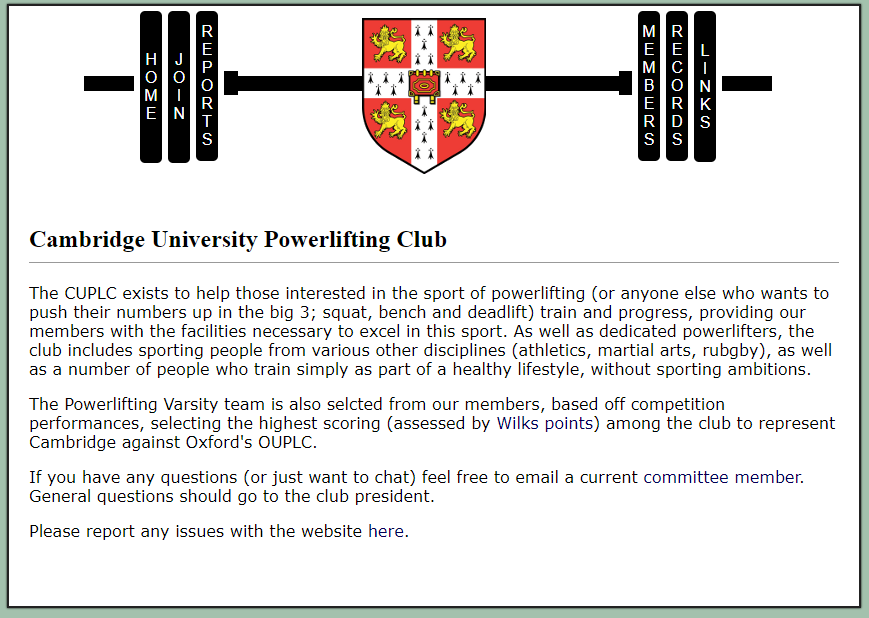 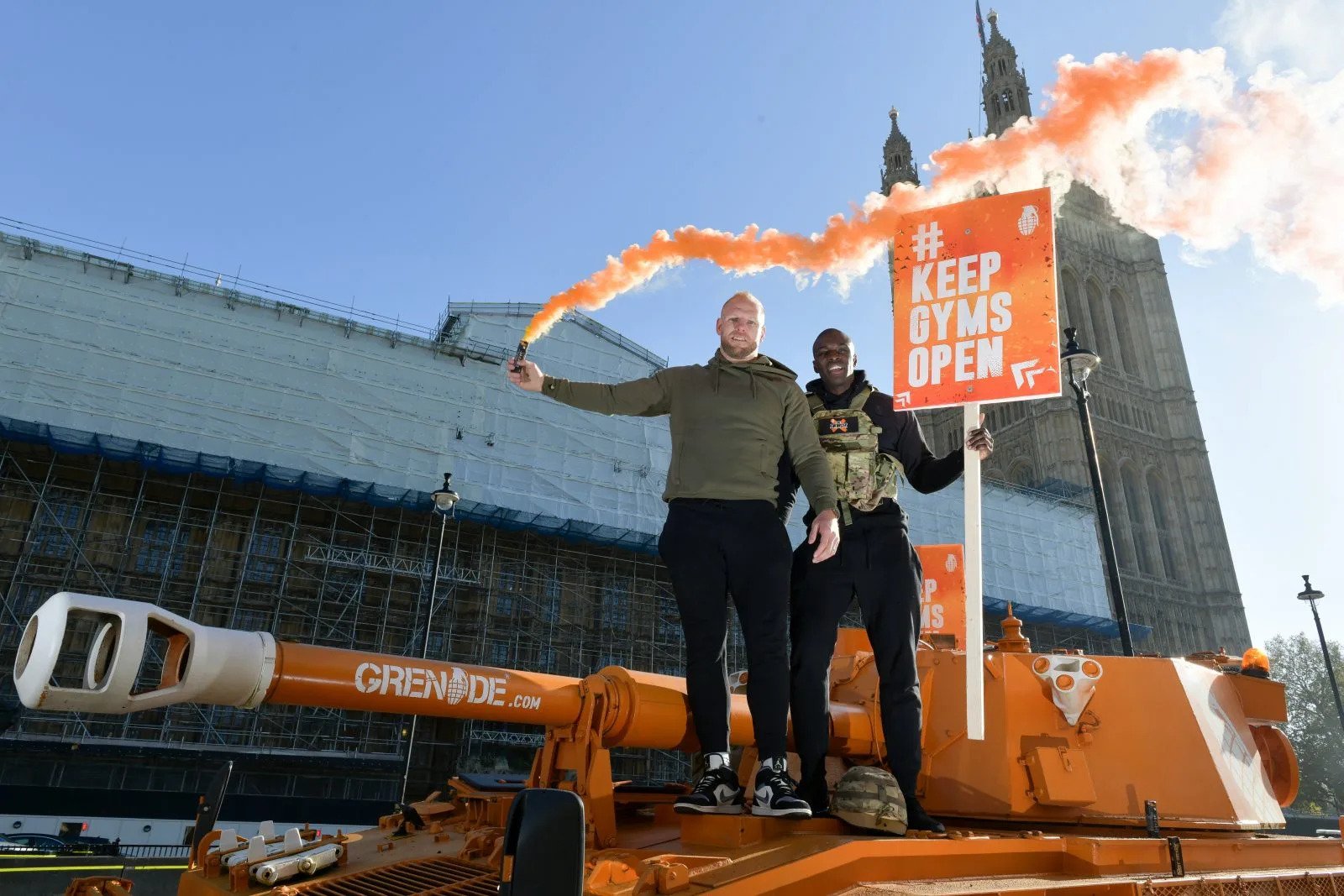 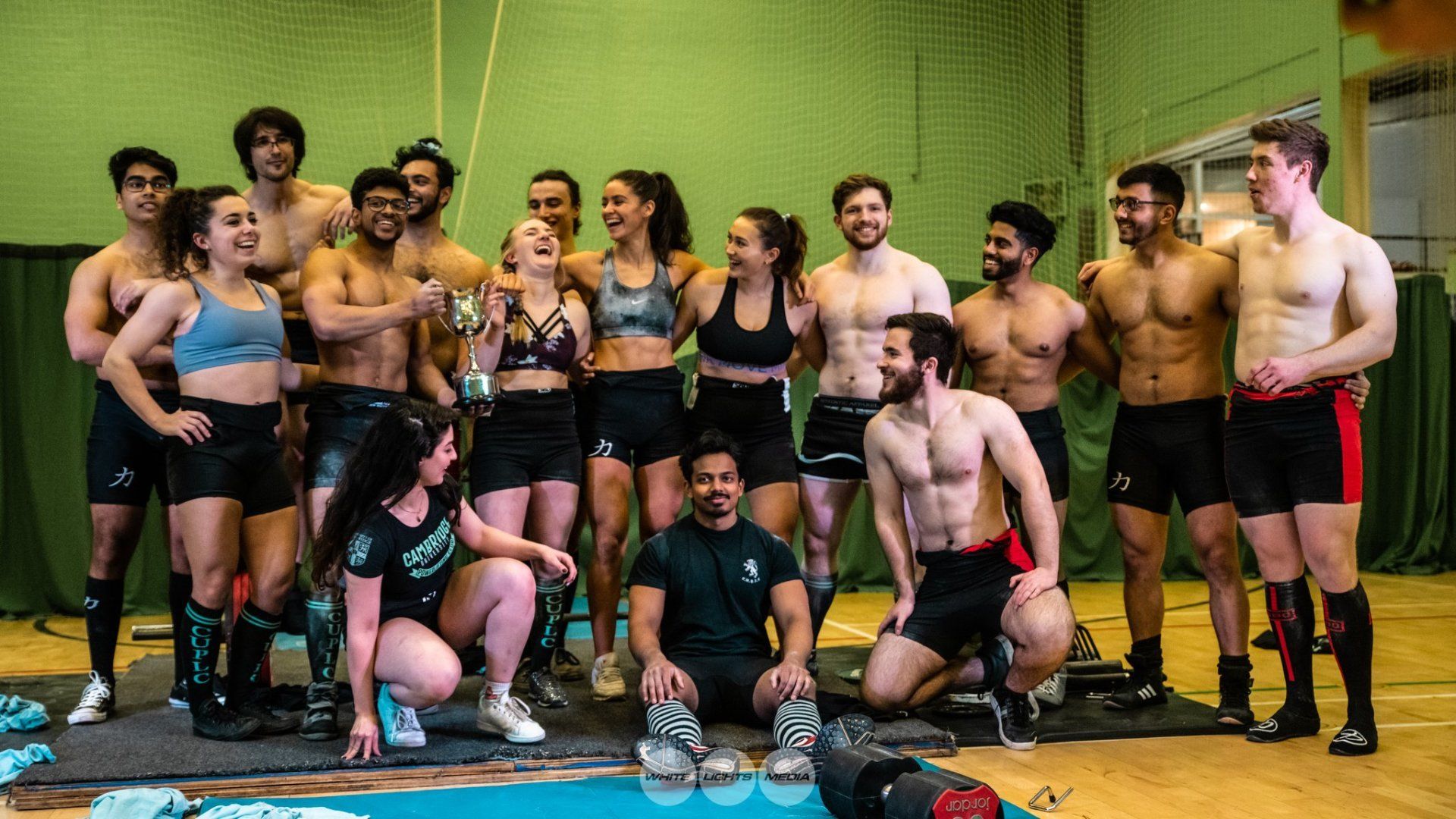 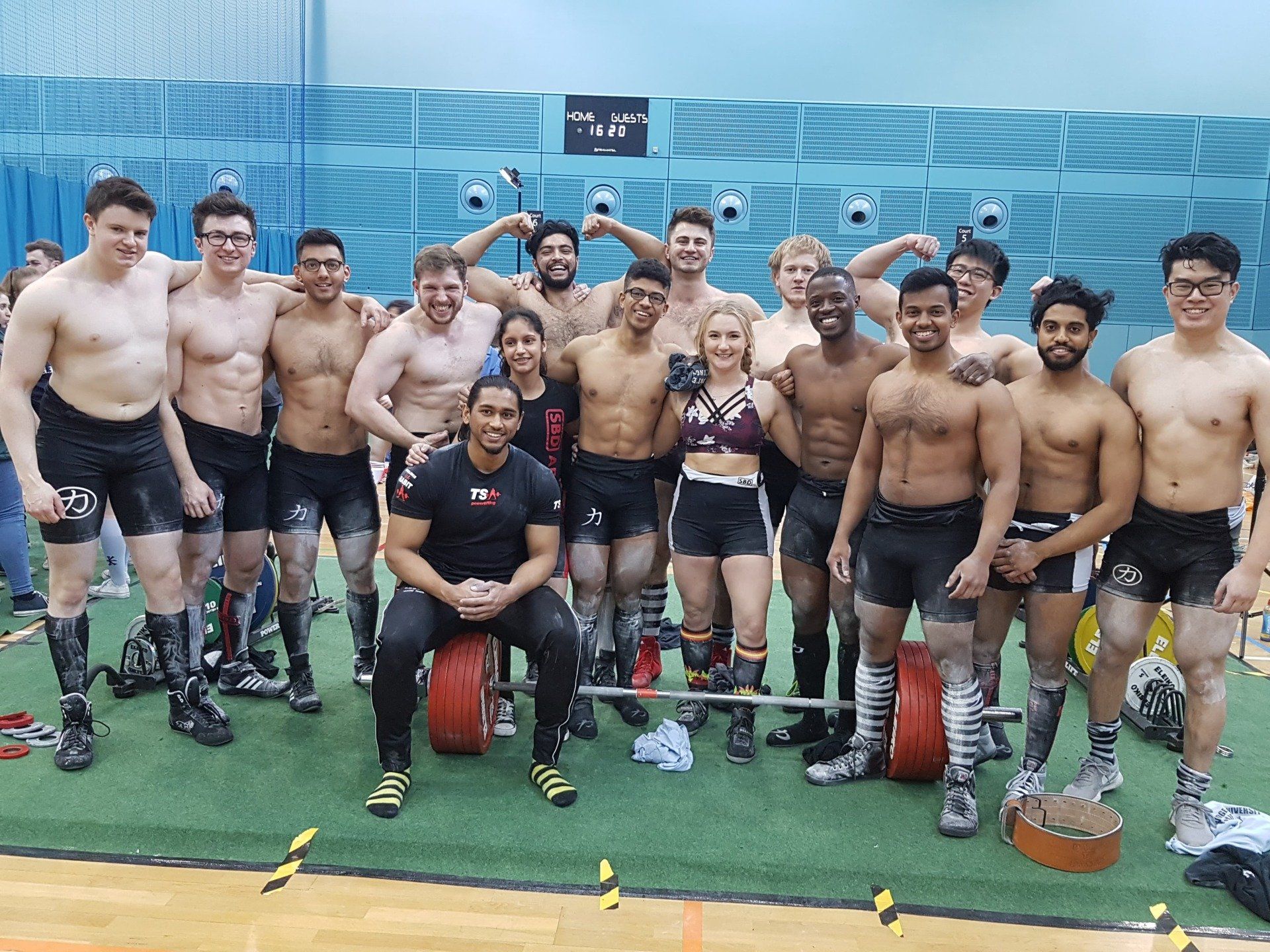